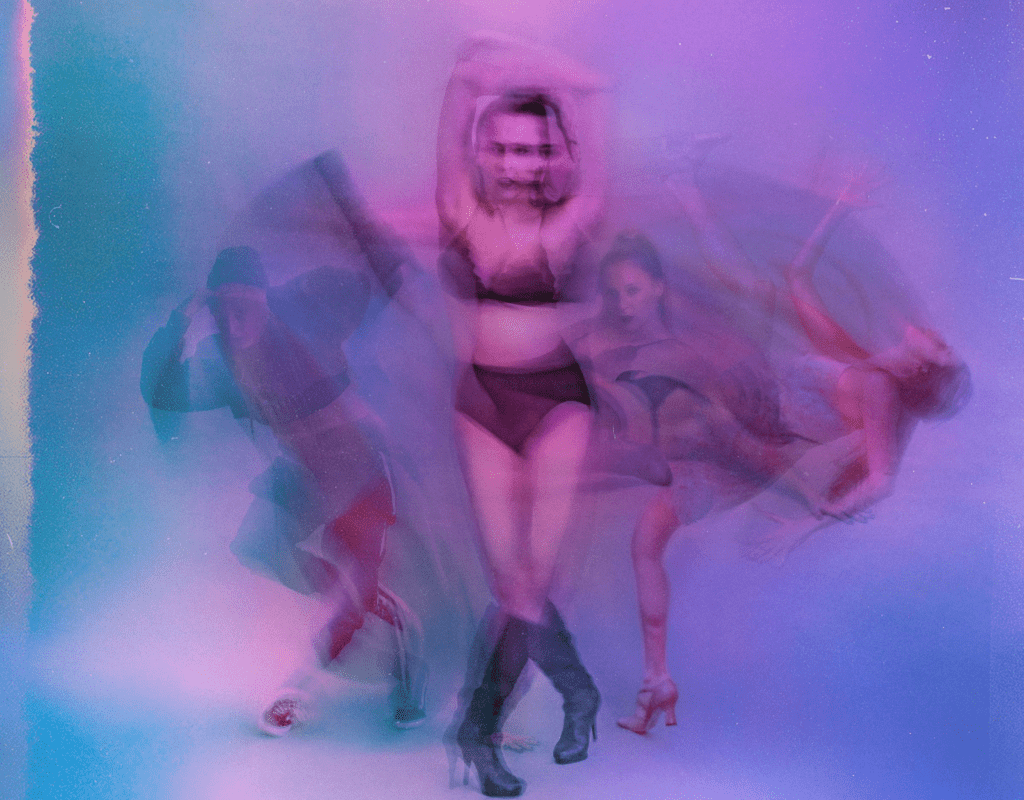 Through an era of unprecedent access to content of all shapes and sizes, artists are emerging from the mist as connoisseurs of quandaries and masters of mystifying propensities. There are so many intersections between art scenes, styles, mediums, and concepts that new iterations of all types are coming together within singular entities. What in the world am I talking about? I’m talking about true artistic visionaries like PENNYWILD.

PENNYWILD is signed to Dome of Doom for the release of her debut EP, MIDI in Motion. ICYMI, this follows the release of her breakout single on Dim Mak records, ‘Footsteps,’ which showcased for the first time her fresh take on electronic music production. Her approach in music is calculated through the discipline of professional dance and choreography; a translation of that artform into electronic music. Essentially, she has created electronic dance music through the actual act of dancing by dancing on unique technology to create the samples for her latest single and EP.

MIDI in Motion builds off of the fresh flavors that burst from ‘Footsteps’; flirty big bass, emotional rifts, and thought- provoking vocal samples come together in different shapes and sizes through out the short but sweet EP, teasing and tasting a new future for dance music. While listening through, PENNYWILD makes sure that dance is at the center of this music project, deepening the connection between the two at the roots, and challenging the audience’s associations between their ear and the reactions in their body and mind.

Based in Los Angeles, transplanted there from NYC, and originating in New Jersey, this dancer come producer has amassed critical experience in the domains of visual, auditory, and experiential art and glommed them together to create a truly new form. This vital step into the unknown is both daring and welcomed, and FUXWITHIT was granted the opportunity to ask PENNYWILD about her wild new ideas and her groundbreaking project, MIDI in Motion.

How old were you when music first moved you and do you have a specific memory of this happening?

Music has been a constant source of joy for me for as long as I can remember, but I think it’s only fair to accredit my first significant experience with music to the art of musical theatre. Growing up in New Jersey, it was almost more common to see a Broadway show than attend a concert. I remember sitting in the audience for The Lion King as a kid and being absolutely enamored by the alchemy of music, character, narrative, design, costuming, dancing, etc. I didn’t stand a chance.

What would I be if I couldn’t dance along to a song I created? It just wouldn’t feel right.

Which are you first and why: musician or dancer?

I think I’ll be asking myself this question for the rest of my life. My “musician” sensibilities greatly inform my work as a dancer/choreographer, but it also works the other way around. I’ve struggled a bit in the past reckoning maintaining a career that isn’t centered on merely one facet of art. I had received feedback that if I wanted to be “successful,” I’d better focus on one or the other. Unfortunately, I don’t see a world in which I’m not so painstakingly inspired to create within both realms. What would I be if I couldn’t dance along to a song I created? It just wouldn’t feel right.

What did you learn as a dancer that you apply to being a musician that has nothing to do with music?

Because I learned “the creative process” via dance and choreography first, I find myself applying the same checkpoints to music creation. I’m often comforted by the fact that I have found myself in similar ruts (or manic highs) whilst creating dance pieces. I think to myself, “Oh, this also happens when you’re working on choreography sometimes, but it only lasts a few moments. Soon an idea will come to you, and you won’t feel like such a piece of shit.” Having logged those 10,000 or so hours of trying/failing in one medium has seemingly greatly prepared me to do the same in the other.

There are a lot of different genres bleeding and careening together in this project. I hear the flirty House bass; there’s also a lot of funk and throwback hip hop feels too. What city had the biggest influence on you as a dancer and musician, and was it the same city for both?

The coastal cities have both had severe impacts on how I approach art in general, but I don’t think I’ll ever be able to shake the impact NYC has left on me as both a dancer, and a musician. I have memories of being 13 or so travelling into NYC for dance class on the NJ Transit bus. My dad would secretly follow the bus in his car, ensuring I was safe to commute on my own. To this day, nothing sparks more inspiration than simply existing as a part of that Manhattan grid. Whether it be an underground Subway performance (shout out “showtime”), a walk through Washington Square Park (undoubtedly accompanied by some sort of brilliant jazz band), glimpses of artists loading in their instruments/gear to a bar on the LES, or a Broadway company relentlessly rehearsing in the middle of Times Square, you simply cannot escape the musical underscoring of the city. Of course I’ve garnered immense respect for artists from/of Los Angeles and beyond, too, and I look forward to discovering that more as I continue my journey as a producer/writer.

‘Do it to Music’ has a driving, big house bass sound that balloons through the richly texturized verses and is sprinkled with basic footwork instructions. What emotions were you trying to capture with this soundscape?

There’s always a moment of euphoria that accompanies “mastering” a new dance step; the moment it all clicks and you can finally perform it by yourself, free from the confines of watching your instructor (or in current cases, the YouTube tutorial screen). Every dancer can relate to that moment of well-earned independence. To me, that should sound like a celebration. Aside from it being a feel-good dancefloor record, I wanted to capture that sweeping element of “accomplishment,” which I transcribed via the sporadic bass line/ horn section call and response you hear in the final mix. ‘Do It To Music’ is the fastest track on the EP at 126BPM, and it felt appropriate for it to also be the culmination of the project.

As corny as this sounds, 2020 has taught me that life is far too short (and precious) to delay your dreams.

How do you stay inspired and have you ever struggled with producing creatively?

It would perhaps be difficult for me to remain inspired if I weren’t constantly surrounded by creatives that are pushing boundaries in an abundance of artistic mediums. I know everybody brags about their friends and claims that they are “the best,” but I am constantly in awe of not only my friends, but creative peers in general that are striving to do the same things I am. I look to those friends/ peers for inspiration. If they are doing it, so can I. If I’m having a hard time, I’ll keep striving until I take steps forward. As corny as this sounds, 2020 has taught me that life is far too short (and precious) to delay your dreams.

With the success of the unique project that MIDI in Motion is, are you going to create more music inspired by dance or has this ignited another pivotal interest?

I certainly don’t think my time creating music inspired by dance is through. However, this approach has opened the door for me to create music for music’s sake – even if separate from dance. Through creating this project, I’ve definitely developed some pivotal tools that are allowing me to produce more efficiently, and with more confidence.

In these social distancing times, do you have plans to perform MIDI in Motion for your fans?

I was given the opportunity to play out songs from the EP on a few livestreams: Beatport’s new initiative with Twitch (shoutout DOD!), LP Giobbi’s Femme Fridays, and a few virtual festivals. Additionally, last night I hosted a livestream with EDM Identity featuring some of my favorite DJs (and people!) in celebration of the release. Although the streams aren’t quite the same level of intimacy as performing live, I recognize that that’s where we’re at right now – and it’s the safest, most responsible way to connect with listeners. I’m very much looking forward to the day where we can unite under the same roof IRL and listen to/ perform our music, but only when we’re not putting each other’s health at risk.

You talked about Traktor showing you waveforms in RGB- would you describe your perceptions of the world around you as synesthetic? Can you give examples of how you experience this if you do?

I do believe I have experienced synesthesia, but only in an acute way. From what I understand – if I was a proper synesthete, I would know it. I have specific accounts of experiencing a certain “blending” of the senses, but not consistently. I will say that more often than not, I will hear a piece of music and see some sort of choreography (even if extremely abstract) in my head, in real time. It’s not pre-conceived/ organized — it just occurs there as I listen. This must be a product of choreographing a multitude of pieces with fast turnarounds back when I was a dance major at a performing arts high school. There was such a demand to present new work, that it almost started creating itself. Exploring that further could be really interesting, and I wish I had access to that a bit more immediately. I have a few friends that identify as such, and am definitely intrigued to further inquire with them! I’d love to taste purple; smell reverb.

What does the future of your craft look like?

I think I’ll continue to follow my artistic impulses as I go. If you asked me what I would’ve expected for this specific EP rollout, for example, I would’ve visualized some sort of release event, perhaps some touring; a bunch of DJ sets in different places. Obviously, life had a different plan. I’m trying really hard to not hold myself to any specific career criteria or “five/ten year plan.” Some of the most fruitful moments of my life/career have happened spontaneously – as a product of living in the moment, and I’m really enjoying that. You can certainly expect more PENNYWILD music/choreography projects, and hopefully more hybrids of the two in the future! 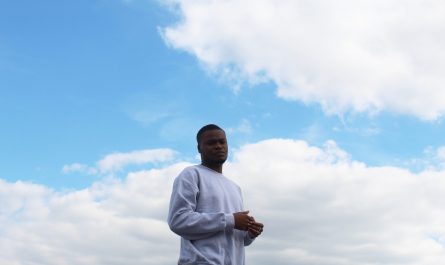 Lose Yourself in Laxcity's "Disconnect" EP 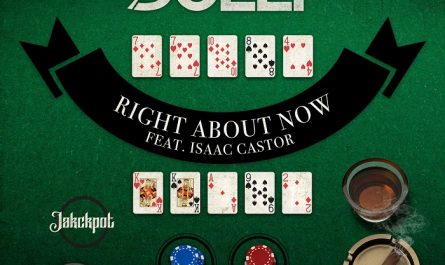 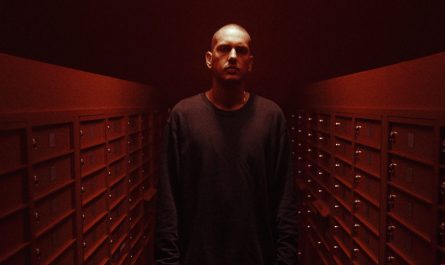