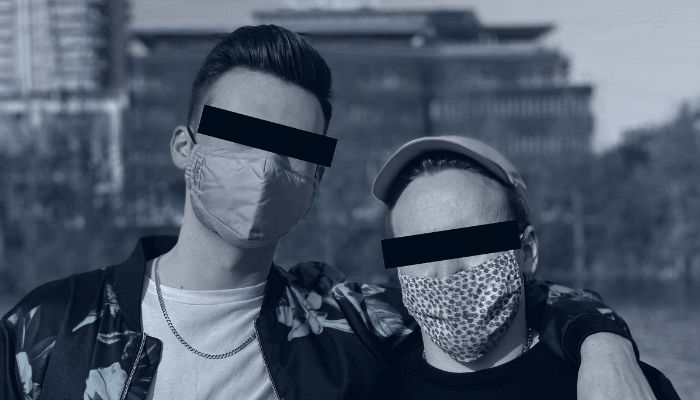 Colson XL burst onto the scene just over a year and a half ago. We had the pleasure of premiering ‘Get To Me’ back in early 2020 and have been fans ever since. Dropping 19 songs in a year is an impressive feat, but the diversity and quality within the releases makes them truly exceptional. From future bass, to pop, house and even trap, whatever sound they choose to explore they master with ease. Landing releases on Sable Valley and Elysian, it’s clear that their future burns bright. With a stellar 2021 ahead we thought it was due time to connect Colson XL for a guest mix and interview. The mix is a showcase of their talent with a number of unreleased bops and some stellar tracks from their friends. The interview spans their recent move to Austin, tips for writing the perfect melody, what brings them joy outside of music, and more. Dive into both below.

Tell us about the mix you put together. What’s the vibe? What is this the soundtrack for?

We think the music we produce covers a wide range of styles and rhythms and we wanted this mix to reflect that. So it’s pretty eclectic and includes our more pop-leaning tracks while also featuring some of the harder music we’ve made/enjoy listening to. It’s a reflection of where we’ve been with a little taste of where we intend to go.

How’s Austin treating you? What brought you there?

Obviously with Covid we aren’t leaving the house too much, so we haven’t gotten to experience a lot of the city so far. One thing we can say though is the food is incredible and cheap – I don’t think we had real BBQ until we came here but it was a life-changing experience. We’re very much looking forward to learning more about the music scene and nightlife once it’s safer to do so. Oh, and the people are weirdly nice. I mean, you can’t get a taco from the local spot without smiling or laughing. It’s absurd, but endearing.

We had been living in LA for 2 years prior and the majority of our second year there was during quarantine. We were hardly leaving the apartment and never getting to enjoy the benefits of living in LA but we were still paying a premium on rent, so it stopped making sense to stay. Austin is a much less expensive city, still has a great music scene, and is generally warm (except for this freak snowstorm that wreaked havoc last week).

as we approached graduating Uni and were faced with what to do with the rest of our lives, we made the highly intelligent decision to forgo what we learned in college and pursue music instead.

What inspired you to start making music together?

Great question. Frankly, it was sort of just a natural progression from listening to creating. We had both always been patrons of the music industry and as we approached graduating Uni and were faced with what to do with the rest of our lives, we made the highly intelligent decision to forgo what we learned in college and pursue music instead. We’ve been friends for something like 19 or so years, so it just made sense that if we shared this interest and ambition we may as well do it together. Each of us having a degree has made supporting ourselves and our music immensely less difficult, but it comes at the cost of 40 hours a week towards something we aren’t passionate about. Creating a livable income out of music is an enormous goal of ours and the day we achieve it is the day we’ll finally consider ourselves successful 😂

What’s your favorite thing about one another?

Harrison: One of my favorite qualities about Cole (there are many) is he has a desire to understand the how of a process works before he applies new techniques. He takes a really directed, holistic approach that I very much admire and his hunger and process for learning has been instrumental to our growth.

Cole: Damn, it’s hard to pick a favorite. I really want to touch on two things about Harrison that I love. He is an achiever. He sets goals, works his ass off to become outrageously good at what he does, and develops habits to ensure he doesn’t fall off the wagon during his journey to inevitable success. I cannot begin to tell you how much I admire that about him. He is also incredibly considerate. I remember this one time when I asked how he so consistently considers other’s perspectives, he said “Cole, have you ever been on reddit and watched something absolutely ridiculous and thought ‘Oh, I would never do that’? Yeah, well, you would. In the moment, you would. We all would. We all, at some point, are that stupid.” I thought that was hilarious, but also rather profound.

You’ve been writing some beautiful melodic music. What’s the secret to creating a great melody?

Sheesh, you’re asking us to give away our creative process in hopes that others might find something useful in it? Sign us up 🙂

This isn’t going to be a great answer, but it’s an honest one. There really isn’t a “secret.” However, if there was anything we could impart to others regarding melodies, it’s that there are an endless number of them and never stop experimenting. Even if you feel you found “the one”. Your melody has to interact perfectly with your bassline, your chords, vocals (if there are any), and pretty much EVERYTHING in the track. Sure, you might write a melody that works in 2 minutes, but is it the BEST melody for that track? Who knows; and you won’t know until you test another 10 or 20. So go crazy. Don’t get attached to anything, and don’t delete anything. You never know what you might end up stumbling on 🙂

You tweeted that you’ve been producing in bed. How does that change the vibe?

It’s a much more relaxing vibe with less pressure to create something specific. I (Harrison) like to create a lot of ideas quickly until I find one that sticks, I tend not to get attached to ideas, and the casual nature of laying down in bed on my laptop just compliments that really well 😂

What do you look forward to outside of music?
Food and anime. We also have a pretty active discord we are a part of. There are what seem to be non-stop additions so it’s been great meeting new people while we are stuck at home. Discord and Zoom calls have definitely made life in quarantine much more bearable and we always look forward to hopping on chat with the homies to relax.

I (Cole) also do a fair amount of gaming. I gamed a lot when I was younger (I mean A LOT) and I struggled to break the habit of playing for hours on end nearly every day in order to pursue music more aggressively. Thankfully I’ve been able to achieve a healthy balance, and I’ve also found gaming to be an awesome social tool within the music industry. It’s been a great outlet to destress as well as meet and develop relationships with others.

It feels like you are on the cusp of really breaking out this year. Do you feel it as well? What do you think it’ll take to really make it happen?

Wow. Well, first, thank you for thinking that. It is tremendously encouraging and humbling to hear that from someone who has worked and grown SO much in this industry. I think, in classic type A fashion, we are CONSTANTLY comparing our successes and achievements to those around us and those we admire. We rarely take a moment to stop and look around at what we’ve accomplished. I mean, we released 19 songs in our first full year as Colson XL, and that was just last year. I think we stopped to appreciate that long enough to post on Instagram, and then the moment was over and we were already looking ahead to what we would do next, how we would exceed that number this year.

We are extremely grateful for how much we’ve grown since we started this project, all the people who’ve supported us, and we do have a lot planned for this year that we are really excited for. We aren’t entirely sure what “breaking out” is going to look like for us, but we DO know what we need to do to make it happen. We need to network more, collaborate with more artists, continue building our audience, and never stop making music – also, TikTok.

Cole: Wow, what a question. Top of the list; Covid-19 vaccine. Once that’s out of the way, well…the list gets pretty long 😂 I want to make friends. That probably seems ridiculous, but it’s kind of really important to me, and absolutely terrifying. Without going into too much detail, I’ve been working extraordinarily hard on developing myself as an individual; learning and solidifying who I want to be and taking the necessary steps forward to becoming that person. That’s not to say I’ve got it figured out or that I’m anywhere near where I want to be, but so long as I’m open-minded and at least moving in the “right” direction, then I consider that a W. It’s been a shitload of work and frankly, I want to find out where I’m at! I see socializing and (hopefully) making new friends as a means of testing out this new “me” that I’ve put all this effort into. My biggest hope is just that he doesn’t totally suck 🙂

Harrison: Definitely the covid vaccine as well, but also a song with a million streams on Spotify and Apple music. That’s a nut we really want to crack.

Yeah! WE GOT MERCH – coming soon, haha. Probably an EP as well / details on that are pending. We are really excited about what 2021 has in store for Colson XL, and immensely grateful for all the love and support we’ve received along our journey. Thank you so much asking us to do a FUXWITHIT Guest Mix. It’s been a goal of ours for quite a while now, so this is pretty surreal but incredibly rewarding. 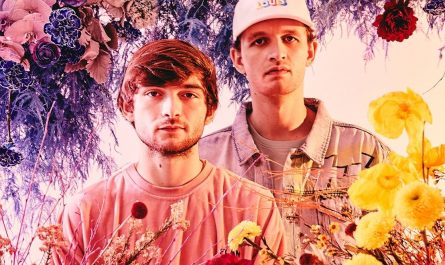 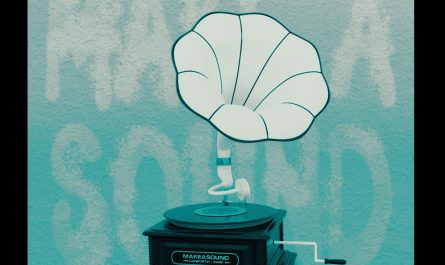 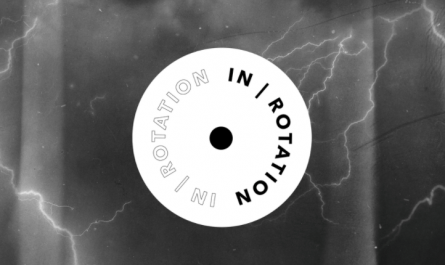 Capozzi Turns The Audience To ‘The Dark Side’