Today, gyrofield blesses devout drum and bass fans with yet another faultless collection of bizarrely artistic works via the globally renowned record label, Mau5trap. After a short series of single releases following her May project (aptly named Tech Flex), the up-and-comer’s four-track Synopsis EP guides listeners through a dance-inducing journey of unparalleled detail and transcendent melodies.

Synopsis is a bold exemplification of the experimental technics gyrofield is so widely praised for. A tactical layering of rolling basslines and melodic cuts, the four-track project marries contrasting genre-cultures with drum and bass design: a boundary-shattering approach the Hong Kong native beautifully perfects. Pushing drum and bass production to its absolute limit, Synopsis maintains a bright, dance floor energy with aery emotion thriving at its core.

Serving as a brief glimpse into gyrofield’s otherworldly mind, Synopsis opens with ‘2024’ (as premiered on Drum & Bass Arena). Euphonic in personality, ‘2024,’ is viciously complex, highlighting upbeat rhythms and rapid melodic force. This opening hitter creeps slightly over four minutes in duration, setting an imaginative precedent for what lies ahead.


Gyrofield lends an introspective look into the creation of ‘2024’ and its influence in guiding the creative execution of Synopsis:

“After ‘Evaluate Me’ and ‘Tech Flex,’ I knew I really enjoyed making music with synths. I enjoyed their unique expressiveness and the energy they brought to tracks, so I knew I wanted to do something focused on them, though at first, I did not know how. The first track, ‘2024’, came about from a simple bass riff experiment where I added layers and details to make the track progress. The initial idea sounded like something Camo & Krooked would do. At the halfway mark of the track, I wondered what I could do with the second half to give it that special edge. When I made the triplet switch idea, I felt the track really came together, and that it had an interesting series of twists and turns. Once the rough arrangement of ‘2024’ was finished, the concept of Synopsis started to take shape. I wanted tracks that were unexpected, full of details in both engineering and composition, and high energy. ‘Search Optimized’ came next…”

Our transition into ‘Search Optimized’ is an unpredicted one. Keeping true to gyrofield’s signature sound, ‘Search Optimized’ sits at just under four-and-one-half minutes in length. Although this track continues the promise of light-hearted dynamics and quickening excitement, it approaches listeners with an unsuspecting shift.

Gyrofield goes on to explain her creative process behind the record and its second-half tempo switch-up:

“…I had the original idea of it back in last September, and it started as a more typical dancefloor track. One day I decided I wanted to revamp it, so I built a new track around the repeating synth riff. In some ways, it’s influenced by synth-funk music, like the short interjecting synth lines, the syncopated basses, and the complex call and response they were all a part of. With the tempo switch in the second half, the track was built.”

Gyrofield’s well-calculated detail and chopped melodic progressions carry into the following track titled ‘The True.’ However, unlike the previous records, ‘The True’ holds onto darker tones as it draws inspiration from classic techno production and design.

The artist elaborates on the track’s gripping emergence of complimenting soundscapes from contrasting music cultures:

“‘The True’ and ‘Jade’ both seem more straightforward arrangement-wise, but I made sure to pack in enough rhythmic and sonic nuance to make them just as satisfying to listen to as the first half of the EP. ‘The True’ was influenced by synth-heavy techno tracks where layers built upon each other, but always changing. Similarly, the rhythms of the track change every 16 bars. The juggling-around of kick and snares was also a prominent feature in the track. I’d say juke and footwork and broken beat techno were influenced in the rhythmic ideas.”

Continuing further down the beaten path that is Synopsis, we land upon ‘Jade.’ Adhering to the orthodox drum and bass structure fans adore, “Jade” leads with a full-spirited atmosphere and strategically implemented gyrofield charm. The light-hearted makeup of ‘Jade’ then breaks into finite detail while harmonizing alongside a punchy bassline.

“I think Jade is the most standard track out of the four and was very much influenced by contemporary drum and bass artists, such as Grey Code, The Caracal Project, IMANU, Phace, etc. One neat thing about it is that it used syncopated 16ths as the rhythm on the sharp sub stab, which made for an interesting groove and allowed for the elements on top to be more rhythmically simple but still interact with the bass. I packed in a lot of small little synth details into the intro and breakdown while finishing Jade to make sure that they were engaging while still being ambient enough to have the function of an intro or breakdown.”

Outside of the auditory aspects that enable this project to be so enticing, gyrofield finds the importance of carrying her intricacies to the visual experiences. The emerging tastemaker relays her admiration for abstract design and the early inspirations for the Synposis artwork:

“In terms of the artwork, I’d always been interested in abstract designs, so I decided I’d keep the Synopsis artwork in line with my two previous drum and bass EPs. I was fascinated by abstract oil paint art and crystal structures and wanted to combine the two in some way for the artwork. Once again, in this EP, I was attempting to communicate the abstract, but in a way that more resembles a narrative, and I aimed for the EP to be full of detail but still interesting as a whole, so I thought the ideas for the artwork were quite fitting for the music”.

Synopsis positions itself as just one of gyrofield’s more technical works and fans are right to be ecstatic. When listeners feel they have pinpointed her defining sound and direction, she surprises the masses to reinvent what drum and bass can accomplish in sound design and overall presentation. Gyrofield’s art-conscious and haphazardly philosophical approach to production is nearing incomparability as her newest EP displays not only her vast capabilities as an artist but her unique placement within the electronic scene. Setting unique sounds into the minds of steadfast drum and bass die-hards, gyrofield is undoubtedly a force to be reckoned with, and Synopsis plays proof to this statement. 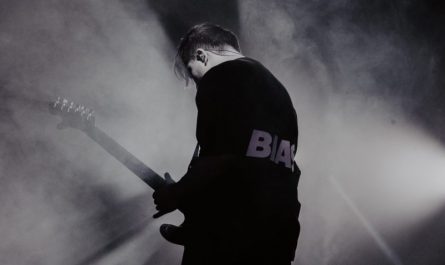 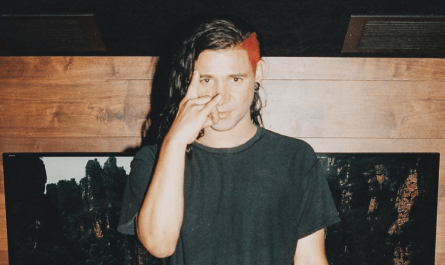 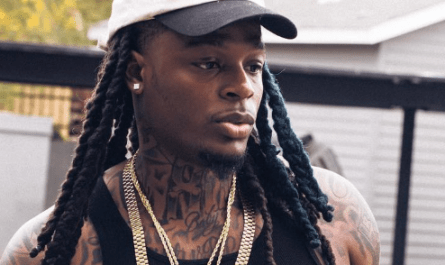 TwoCeez Explores New Vibes On Latest Track “In Ya Face”