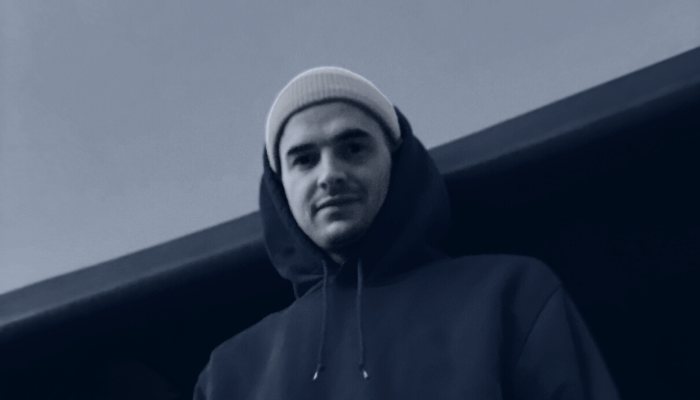 When it comes to crafting captivating, vibe-rich, bouncy works of art, few compare to LA-based Roto. His music combines shimmering synths, rousing bass, immersive atmospheres and just the right amount of knock. From the majestic ‘Iridescent’ to the glorious ‘Scintillate,’ and the mind-blowing ‘Gap,’ each of his recent works is assured to amaze. They are as beautiful and gripping as the sunsets that dominate his Instagram. Much like the sky, Roto’s potential seems near infinite as he proceeds to improve with time. As one of my favourite finds of the past year, it’s only right we connected with Roto for a guest mix and interview.

The mix is the perfect gateway into his world, consisting of predominantly his own originals including a handful of IDs. For our conversation we dive into his recent move to LA, working with Good Society, how to have fun while producing, his affinity for sunsets, and much more. Bump this mix and check the interview below.

Tell us a little bit about the mix. Where are you taking listeners?

The goal was to give listeners a front-row seat to my creative mind. This is the first mix I’ve made that included mostly my own material in the hopes to bring the listener on a journey through the thrilling and psychic experience that is Roto!

You recently moved to LA. How’s that treating you so far? What prompted the move?

It’s been great! I’ve just gotten settled so I’m hoping to do a lot of networking the rest of this year. What prompted the move was to begin living with my girlfriend! She’s an amazing partner and motivates me a lot! We are ready to make LA our sanctuary 🙂

What’s on the horizon for you in terms of releases in the next few months?

Nothing is set in stone quite yet but I’m working on releasing some collabs which you can hear in this mix! Other than that I would really like to start working with vocalists on a regular basis.

How did you link up with Good Society? How has that relationship evolved with time?

Josh of GS reached out to me a while back because he liked my beats and wanted me to play his first live show that he would be putting together. After he saw my energy on stage he told me he wanted me to be on every Good Society lineup! Ever since me and Josh have hung out countless times and I can genuinely say he’s one of my best friends. I can’t thank him enough for accepting me into the growing movement of Good Society <3

It’s easy to tell yourself that you can add more but it’s much more difficult to say to yourself you’ve done enough.

‘Gap’ is truly a masterwork and the pinnacle of less is more. What’s the secret to leveraging space in order to make something special?

Make every single sound count. Since you’re using negative space as an element, you want all of your other elements to stand out extra hard! Use the time you would spend on tweaking synths instead to dig for the perfect sample selection. Also trust your instincts! It’s easy to tell yourself that you can add more but it’s much more difficult to say to yourself you’ve done enough.

You said the best way to learn is to have fun while producing. How do you keep producing fun?

Funny you say that because this has been a struggle for me lately. I get caught in negative thought patterns where I worry too much about what I’m making like “This sounds too much like X, everyone will think I’m ripping them off” or “It’s pretty good but my last release was better.” I find that when I separate myself from these thought patterns and just simply create for the sake of creating, I can achieve a state of flow. When I’m in flow I’m not thinking about anything at all; instead I’m just being in the moment and I feel completely free which is perhaps the funnest feeling of all. So to answer your question, to keep producing fun you gotta stop giving so many FUX 😉

I began to recognize things that are seemingly obvious to others like the vastness of life and the beauty of this earth we’re so lucky to inhabit. It was after this realization that I began to cloud-gaze every day and watch each sunrise/set in awe!

You seem to have an affinity for sunsets. Can you tell us about that connection?

You’re right about that! I spent most of my life being guided mostly by other people’s choices. It was my incessant need to be liked by everyone that I was completely unaware of the world that wasn’t in my immediate circle. Once I became more mindful of my thoughts and actions my mind began to open. I began to recognize things that are seemingly obvious to others like the vastness of life and the beauty of this earth we’re so lucky to inhabit. It was after this realization that I began to cloud-gaze every day and watch each sunrise/set in awe!

How has introspection changed your life?

I wish I had read this question before I answered the previous question haha! Other than what was stated prior; I’ve begun meditating, I’m eating healthier and exercising which has improved my daily life greatly. The most useful thing that I’ve learned in all of this is just how powerful one’s thoughts really are. We put so many limitations on ourselves with our minds which can create a lot of doubt and failure but the moment we start to think with more ambition and enthusiasm, truly amazing things can happen!

You just turned 29. Do you have any major goals or experiences you’re hoping to hit before 30?

What’s the last book, movie or TV show that truly amazed you? What made it resonate with you?

This book Can’t Hurt Me by David Goggins. It’s an autobiography about a navy seal who had a very awful upbringing. He tells insane life stories about how he used the power of his mind to overcome feats of his body and his environment to overcome and be the best. Every story he told blew my mind! It resonated with me because I’ve been overcoming the struggle of being a victim to my own thoughts and hearing different perspectives can really make things click for you.

Don’t ever give up on what you want because you WILL regret giving up. Persistence is the most powerful trait a person can have.

Any final words for fans?

Don’t ever give up on what you want because you WILL regret giving up. Persistence is the most powerful trait a person can have. If you want to try something creative then DO IT, even if you don’t have any experience/knowledge and even if you think nobody will like it! There’s more resources today than ever before to start something so just summon your inner child and GO DO THAT!!! If you’re having trouble starting something then DM me and I will help motivate you <3 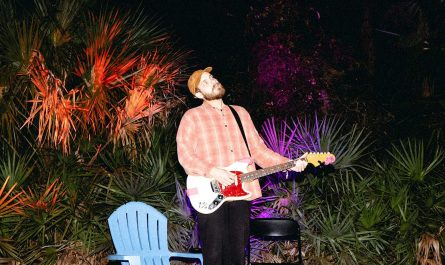 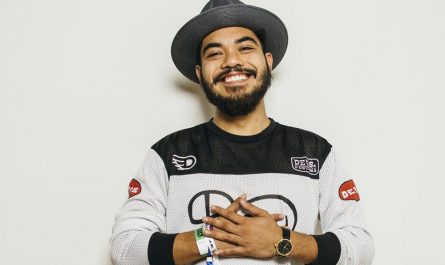 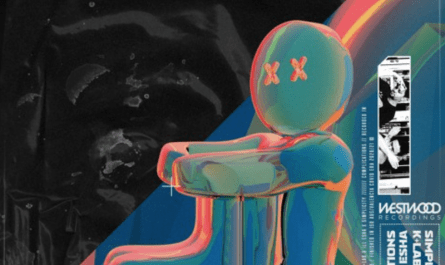