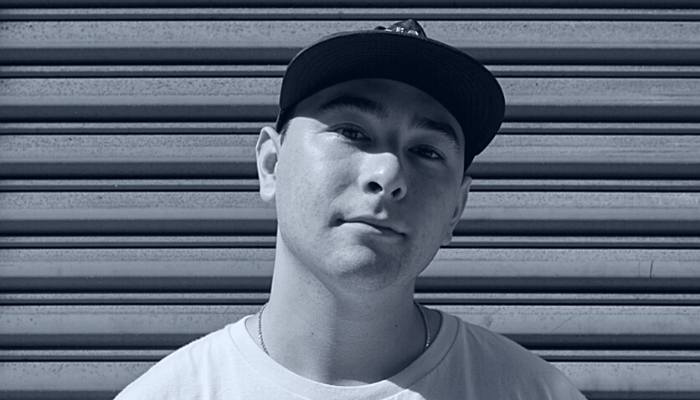 Red Bull 3Style US Vice Champion, Goldie Awards World Finalist, and Campus DJ US Champion are some pretty impressive feats. Add in label manager at Slow Roast Records working alongside the legend Craze and Matsu‘s resume only gets more impressive. Never one to remain stagnant, the Brooklyn-based artist recently opted to dive headfirst into production. The result is the impressive debut EP R U With Me. The three-track offering brings a little bit of everything for house lovers, from hypnotic grooves to lush summer vibes, and uplifting bops. With his production talents only increasing and his DJ skills well documented we thought it was due time to connect with Matsu for a Guest Mix + Interview. The mix is a high-energy house affair while the interview dives deep into his musical background, how he connected with Craze and Slow Roast, what the future holds, and much more. Check the mix below and get familiar with Matsu.

Tell us about the mix. What’s the vibe you’re looking to create with this one?

FUXWITHIT is ALWAYS bringing the heat. You guys are on the front edge of all the new dope talent around the world. I had to come with some futuristic, forward-thinking, heavy but tasteful tunes. I’m a big fan of the mix series, so I wanted to match that vibe but with my own flavor. Only so much I can do to describe it, gotta listen to find out!!

Scratching, juggling, all that, I was hooked. I wanted to learn how to scratch and be a battle DJ. I didn’t even think about clubs or parties.

What drew you to DJing and turntablism?

I discovered DJing and turntablism entirely through the internet. I was around 13 years old in 2011 and lived in a classic white-fence suburb in Indiana, so I had no access to any form of live DJing at the time. I had just discovered hip-hop around that time, I was pirating entire discographies and it was blowing my mind. Hip-hop and DJing go hand in hand of course. I became enthralled with the technical side of the artform. I was watching a lot of YouTube at the time, back when guys like DJ Ravine and everyone for Native Instruments (Craze, Ravine, Shiftee, Ean Golden) were putting out really dope content. I also discovered DMC videos and just couldn’t get enough of it. Scratching, juggling, all that, I was hooked. I wanted to learn how to scratch and be a battle DJ. I didn’t even think about clubs or parties.

What’s the biggest lesson you’ve learned as a DJ over the years?

It sounds cheesy but, patience. I’ve always been an impatient person, maybe it’s a generational thing but seeking that “instant gratification” was a big part of who I was when I was young. I couldn’t really stay focused on things for long. I played a bunch of different sports/instruments etc. DJing was the first time I fully committed myself to something and learned that value of slowly building and investing in myself. As my career progresses and more things fall into place, I’ve learned to appreciate the moments along the way. Be patient, invest in your craft, and enjoy the journey – you’ll get to where you need to get.

What are your top 3 secret weapons in your sets and why?

My selection… I have such a diverse taste in music and I’ve had the fortune of playing a variety of rooms from a young age. Put me on any stage, anywhere, and I’ll play things that make people feel at home, and tunes they wouldn’t expect to hear!

The extra flavor…I’m a scratch guy at heart, no matter what. I always find ways to add that little extra spice, whether its cutting, the way I use FX, the way I blend…little things that are impactful.

Me! Can’t nobody do this shit the way I do, c’mon now.

How did you link with Craze and Slow Roast Records?

Craze was one of, if not my biggest inspirations when I first started DJing. Honestly, I was (and still am) a super-fan. I used to do goofy shit like tweet at him and he went out of his way to respond to some teenage kid haha. I got hype every time.

In 2015, I won a local mix competition to open for him and 12th planet at a small club in Bloomington, IN where I was a freshman in college. It was a small club, so I definitely chatted his ear off and was mad nervous to meet him, but I gave him a record and he got my underage ass drunk lol. Over the next five years we kept overlapping. I reached out to him regularly, even booked him for a big show at my university when I was the Concert Director. It was a massive welcome week show with him, Post Malone and RL Grime. Later, I moved to New York to work for Paradigm (now Wasserman) as an assistant in 2019 after graduating. Craze was signed to them at the time. I figured out pretty quickly that the agency world wasn’t for me. He was in NY for a show with UZ and he validated a lot of the concerns I had with the job.

The day before I quit, I called Craze for his advice, and he offered for me to help re-start Slow Roast. The label had been dormant for a few years, and he wanted to get it back up to speed. So, how could I say no to the goat? Ever since then we’ve gotten the label back up and running, growing fast, signing tons of releases, and building a great working relationship and friendship with one another. The universe kept finding ways for us to bump into each other, so when the time came for me to work with him, it felt like a natural progression.

Slow Roast is a pretty small operation, so anything that happens, I have my hands in. Craze is the visionary and the primary A&R, he’s the one always coming with fresh ideas, new releases, all that. And of course I have to shout out the homie Shinobi is a huge help on the day-to-day.

I handle everything from contracting, distribution, merchandising, social media, A&R, sourcing artwork, making promo videos, working with managers…you name it, I do it. I’ve always been an organized person and want things to be done right, so this has been a great exercise in applying those skills. Craze and I both bring different strengths to the table, so my biggest day-to-day is figuring out how to capitalize on those.

It’s definitely a challenge to juggle my own artist project, DJing out, Slow Roast, my personal life, etc etc…but I like having my hands in a lot of different things. As I’ve narrowed the focus of the Matsu project a bit, Slow Roast is now my outlet for my other passions, especially pushing other genres of music (outside of house).

How long have you been producing? Do you consider house to be your main genre now?

I first started playing with Ableton about 8 years ago. I was still in high school, and DJing open-format clubs and training for battles were my priorities. Really until recently, production had always taken a backseat. I really didn’t touch Ableton much in 2018-2019. When Covid hit and I couldn’t play clubs anymore, I decided to really take producing seriously. I love so many different genres of music, but for some reason, making house music came naturally to me. I didn’t have the chance to play house out much either, but when I started to dive into it more, I felt like there was something special about how I played it. After the last 18 months, I can confidently say that house music is the primary focus of my production project. I’m pursuing it fully, it’s my lane. I feel like I can bring something different to the live performance side and a whole new flavor to the genre.

I found an old DM from years ago…I hit up Louie Arson (the then label manager for Slow Roast) around 2014 and said something to the effect of “one day I’m gonna have a release on Slow Roast!”. Funny how everything pans out, right?

What does your debut EP mean to you? How does it embody who you are as a person and as an artist?

It’s a huge milestone for me in my career. Funny story, I found an old DM from years ago…I hit up Louie Arson (the then label manager for Slow Roast) around 2014 and said something to the effect of “one day I’m gonna have a release on Slow Roast!”. Funny how everything pans out, right?

I’ve put out music in the past, even a single on Slow Roast last year, but none of them have been tunes that I look back on and say WOW. This is the first release that I can confidently put out and listen back to over and over and be proud of! This release is planting the flag for the future direction of my artist project. For me as a person, this release is validation that everything I’ve been doing has been for the right reasons. It was all worth it.

What’s your most memorable set to date? What made it special?

Even though my battling days are behind me…the Redbull 3Style US Finals 2019 is probably the most memorable and important set in my career. I worked sooo hard for it. I actually quit my job at Paradigm the day I found out about getting into 3Style. Straw, camel’s back kinda thing but…still, big moment for me. Taking 2nd place over some people I really looked up to was incredibly validating. Big ups to Lazyboy for taking that W, that was special to witness!

I put my all into that battle, it was such a monumental piece for my personal growth. I had watched that competition since I started DJing. To go from spectating to 2nd place in the toughest nation to compete in, that was mind-blowing. I’m pretty sure I was one of, if not the youngest person to place in that battle.

The best pizza in New York is Best Pizza in Brooklyn!! That’s the name, not kidding haha. The guy that owns it does all those pizza videos for Vice on YouTube. No joke, best slice in the city. Don’t sleep on the garlic knots and arugula salad either. Also, best music selection out of any pizza spot I’ve been to…shoutout DJ Luvhandells & Brian Rosenschein!!

I think I’m sitting on 30 some tracks that are alllll heat. By next year I’ll have 30 more!

What’s next on the horizon for you?

This release has lit another fire under my ass. At this point I’m toast, there’s like 5 other fires hahaha. Everytime I sit down to work on music, I hear myself getting better and better. I think I’m sitting on 30 some tracks that are alllll heat. By next year I’ll have 30 more! This is the beginning of a new chapter for me and I’m so excited for what’s to come. More Matsu releases, more shows, more Slow Roast releases…more of everything! Don’t sleep… 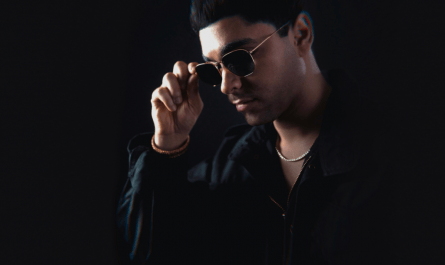 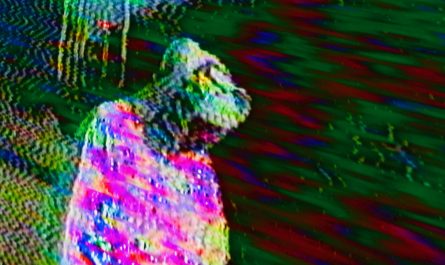 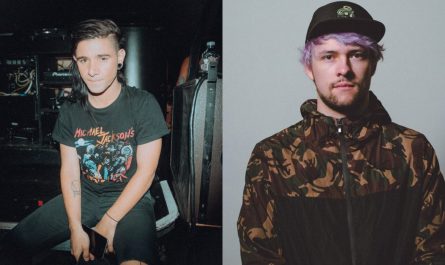